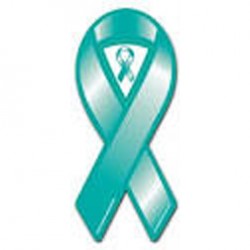 Niacinamide, a B Vitamin, may be of value to women with genetic risk of Breast Cancer and Ovarian Cancer.

Why are some women more prone to developing breast cancer and ovarian cancer? This is a complex question. Every person and every cancer constitute a unique and complex set of contributing factors.

One factor, related to genetics, is the inability to repair damaged DNA (damaged genetic material inside the cell) effectively. Damaged DNA, like damaged software, will send out incorrect operating instructions to the cells in our body. This can lead to uncontrolled growth and the development of cancerous tumor cells.

For those patients with genetics that lead to inefficient and poor DNA repair who are therefore at high risk for aggressive cancers there is a new class of drugs called “PARP inhibitors” undergoing research and approval.  While waiting for PARP inhibitor drugs to finally be approved and available studies have demonstrated that  the B vitamin Niacinamide also acts as a PARP inhibitor in doses that yield a pharmacologic effect.  Studies used 1.5 grams (1500 mg) three times daily. PARP inhibition allows damaged DNA in the cell to be repaired. Cells with damaged DNA are prone to develop into malignant cancerous cells.*

Women who are positive for the BRCA1 gene are known to have poor DNA repair. These women may benefit from PARP inhibitors. BRCA1 is associated with aggressive and often lethal breast cancer as well as colon cancer.

Recently another gene associated with poor DNA repair has been identified. This gene, RAD51D, is associated with increased risk for ovarian cancer. PARP Inhibitor drugs as well as Niacinamide may also be of value to these women.

Here is an excerpt from article that appeared in Reuters Mon, Aug 8 2011 By Kate Kelland LONDON (Reuters) – Women who carry a faulty copy of a gene called  RAS51D have an almost one in 11 chance of developing ovarian cancer, scientists said on Sunday in a finding they called the most significant ovarian cancer gene discovery for more than 10 years.

Tests to identify those at highest risk are expected to be available within a few years, according to Cancer Research UK, and may lead some women to decide to have their ovaries removed in order to beat the disease.

The finding should also speed the search for new drugs.

For the latest study, researchers from Britain’s Institute of Cancer Research compared the DNA of women from 911 families with ovarian and breast cancer to DNA from a control group of more than 10,000 people from the general population.

“Women with a fault in the RAD51D gene have a one in 11 chance of developing ovarian cancer,” said Nazneen Rahman of the Institute of Cancer Research and The Royal Marsden in London, who led the study and published its findings in the journal Nature Genetics.

Ovarian cancer can remain hidden for a long time and thus is often not discovered until it is advanced.

An estimated 230,000 women worldwide are diagnosed with ovarian cancer each year. Most are not diagnosed before the cancer has spread, and up to 70 percent of them die within five years.

Speaking to Reuters in a telephone interview she said the identification of RAD51D pointed to PARP inhibitors as a new class of drugs that might offer fresh hope. Initial tests in the laboratory found that cells with faulty RAD51D were highly sensitive to this class of drugs.

“PARP inhibitors work because they were designed to target DNA repair pathways,” she said. “They haven’t been used in patients in that context yet but we would predict they would behave in the same way.”

Always consult your physician regarding any nutritional program. These statements have not been approved by the FDA and do not constitute medical advice or treatment which is between you and your physician.

You may also enjoy:
Vitamin D Levels Linked to Aggressive Breast Cancer
Can Tumeric Reduce the Spread of Breast Cancer?
Can Losing Weight Prevent You From Getting Cancer?