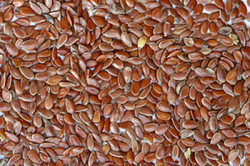 Here is an article that appeared in Medical News Today about the impact of eating plenty of fiber on lowering breast cancer risk.

Remember that plant foods are our source of fiber: whole grains and fruits and vegetables, nuts and seeds.  Not only are these plant foods sources of fiber but also rich sources of phytochemicals that act as super anti-oxidants and have the capacity to turn on disease fighting and cancer fighting genes as well as lower inflammation and modulate immune function.

The authors stressed that according to their findings, it appears that a high dietary fiber intake is linked to better overall health, which possibly lowers breast cancer risk, rather than just the fiber itself lowering risk.

Of 712,195 women, 2.4% (16,848) developed breast cancer. They found that the women who ate the most fiber (top fifth) were 11% less likely to have breast cancer compared with the bottom fifth. They had already factored in for variables which could affect the results, such as alcohol consumption, HRT (hormone replacement therapy), family history of breast cancer, and body weight.

Jia-Yi Dong wrote that it is possible that higher fiber eaters have generally healthier habits and lifestyles, and that various factors protected them from breast cancer.

Approximately 1 in every 8 women in the USA develops breast cancer, and between 20% and 25% of them die from the disease.

I invite you to download my free report Three Dangerous Cancer Survival Myths Revealed: What Your Doctor Isn’t Telling You