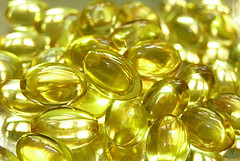 This study from a team at the University of Rochester Medical Center (URMC), is one of the first to look for links between vitamin D blood levels and the risk for aggressive tumors in women already diagnosed with breast cancer.

This study highlights the importance of testing vitamin D levels in women diagnosed with breast cancer. If needed, Vitamin D should be supplemented and blood levels should be monitored. According to Michael Holick, M.D., authority on Vitamin D,  immune modulating and cancer protective levels are between 55ng/ml-80ng/ml. More aggressive forms of breast cancer include Her2neu positive breast cancers. as well as triple negative breast cancers ( tumors which do not have receptors for estrogen, progesterone or Her2neu.)

They also obtained blood samples for all the patients within the one-year period before and after surgery, to get accurate vitamin D levels.

Oncotype Dx is a newer diagnostic test for early-stage breast cancer that looks at a group of 21 genes within a woman’s tumor sample and issues a score between 0 and 100 that predicts the likelihood of a recurrence. A higher risk of recurrence is usually reflected in scores greater than 30.

Finally, the women were separated into two groups, based on whether their vitamin D levels were deemed “optimal” or “sub-optimal” – This study used  greater or less than 32 ng/ml as a demarcation, far lower than Dr. Holick’s recommended optimal levels.

The URMC team’s statistical analysis showed that cancers known to be more aggressive – such as triple-negative tumors – correlated with low vitamin D levels.

It’s worth noting that the premenopausal and black women in this study were more likely to have sub-optimal vitamin D levels, compared to postmenopausal white women.

You May Also Like:
Ten Reasons You Should Be Tested For Vitamin D
Can Tumeric Reduce the Spread of Breast Cancer?: New Research
Top High Lignan Foods that Lower Breast Cancer Risk
Breast Cancer Rates are Rising: Protect Yourself