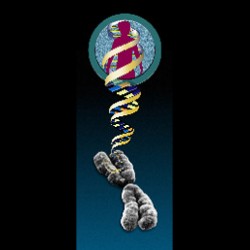 The age of personalized medicine is here. If you have a map of your genes you will have a greater understanding of your risks for illness and disease. Today we can now test for genetic markers of elevated risk of breast cancer.

If you do get sick, you will be able to tailor your treatment to your individual needs. The days of cook book one size fits all medicine are coming to an end. Today Integrative Alternative Cancer Care includes the mapping of the genes of the patient as well as the gene patterns of the cancer tumor cells.

Genetic Markers Linked to Breast Cancer Risk by Rachael Rettner. MyHealthNewsDaily Staff Writer has written an article about the most recent studies on mapping the genes that contribute to breast cancer.

Scientists have long known that women with a gene called BRCA1 have an increased risk for breast and ovarian cancer, but it’s far from the only gene influencing that risk. Now, five newly discovered genetic markers may help researchers refine risk estimates for not only women with BRCA1, but others as well.

The findings are published in the October issue of the journal Nature Genetics.

Women with certain BRCA1 mutations have about a 65 percent lifetime risk of getting breast cancer, said study author Fergus Couch, a researcher at the Mayo Clinic in Rochester, Minn. The average woman in the United States has a 12 percent risk. However, these risk estimates are based on population data and not catered to the individual, Couch said.

“The problem is that we’ve never been able to figure out what an individual’s risk is,” Couch said. “Everything is just given a population number and the individual has no clue where they stand.”

Any woman’s risk might be closer to 30 percent or 90 percent, depending on her genes, Couch said. By finding more genetic markers for breast cancer, researchers might help women who have the BRCA1 gene who are trying to decide whether to take preventative action and have their breasts removed, Couch said. An increasing number of women are having mastectomies as a preventative measure or as a treatment for breast cancer, according to a 2009 study in the Journal of Clinical Oncology…….