It’s Spring, the season of new beginnings and new life.

It was also the first new moon of the lunar Chinese Calendar on February 19th which marked Chinese New Year, another new beginning to ponder.

This lunar year is therefore associated with stability, prosperity, abundance, growth and creativity. It is also a year in which to tend to your health and safety.

Which of these words speaks most to you? What will you focus on to create your new beginnings and new future? 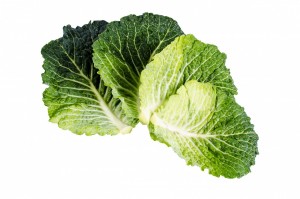 In Chinese Medicine and Food Therapy there are seasonal foods and herbs that nourish specific organs and elements.

Supporting the liver energy and promoting healthy liver function is our focus during spring.

The foods which most nourish the liver are deep green in color such as kale, broccoli, spinach, chard, and parsley, along with deep green culinary herbs and spices such as mints, oregano, thyme and rosemary.

These herbs and spices are rich with plant aromatic plant oils that enhance digestion, as well as healing plant chemicals such as rosmarinic acid, carnosol and bioflavonoids, which support resistance to cancer and infections.

Kale and broccoli are rich in plant chemicals called sulphoraphanes, which are high in sulphur and thus support detoxification (an important liver function). Sulphoraphanes found in all cabbage family vegetables can offer protection and support during every phase of cancer growth and development. They also enhance normal hormone detoxification connected to hormonal cancers including breast, prostate, cervical and uterine cancers along with lung and large intestine and colorectal cancers.

Artichokes from the thistle family are also good for your liver and are related to the potent medicinal liver protective herb, Milk Thistle. Milk Thistle is even used in emergency rooms today for liver poisoning to calm down inflammation and support live saving liver detoxification.

Experiment with new foods, herbs and spices to make your food your medicine and fight cancer in the kitchen. Try adding a little parsley, mint, spinach and/or kale leaves to your shake to make it into a super healing shake.

Herbal Support for the Liver 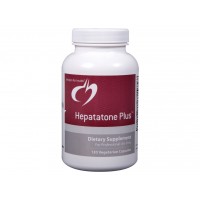 Hepatatone Plus (2 two times daily) is rich in herbs that support a healthy liver while also boosting liver and whole body immune function and controlling inflammation.

This is a perfect combination for supporting a healthy liver, so vitally important during toxic cancer treatments, but also in cancer prevention.

This robust supplement includes Milk Thistle, Ganoderma, Cordyceps and Baical Skullcap (one of the premiere herbs used traditionally in Chinese Medicine in most tumor fighting formulas).

Liver Health is Supported by:

* Asian vegetables, such as burdock root

* Herbs and spices such as rosemary, thyme, oregano and mints

* Botanical medicines such as Milk Thistle and Baical Skullcap

There are many options to support your liver function this Spring. Which one will you start incorporating into your health routine?