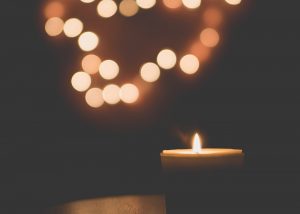 Upon being diagnosed, I immediately hired a team of Western doctors and proceeded with the recommended course of conventional treatment.

Within four weeks of starting treatment, I had taken a wicked turn, my body had become toxic from the treatment and I was spiraling down very fast. My starting weight at diagnosis was 155 lbs. I was now down to 125 lbs in a matter of weeks and needed daily hydration IV’s to try and replenish fluids.

On Friday, February 10th, my doctor was at a loss with what to do with me. He was literally scratching his head while asking me the following question:

“What are you going to do if you need hydration over the weekend? Because we aren’t open.”

He had no contingency plan and gave zero direction on what I should do for myself outside of their normal operating hours.

I fired that team of doctors and NEVER went back.

Four days later, on Tuesday, February 14th (Valentine’s Day), I met Dr. Chilkov for the first time. I was in bad shape, my weight was dangerously low, I hadn’t eaten in over 10 days and I spent a majority of my time in the restroom. I was barely sleeping an hour at a time, due to my constant need to use the restroom, and was very close to feeling like my situation was hopeless.

My family and I met with Dr. Chilkov for a very thorough consultation, and upon leaving she sent me home with a couple of bags of supplements including herbs, roots, mushrooms, vitamins, and tonics.

Three days after meeting Dr. Chilkov, I finally got out of bed and never went back, except to rest at night.

The bounce back response was unbelievable. I actually started to feel an appetite and every single day following was a tick better than the last, and that’s all I could focus on.

After this miraculous response, I followed all of her instruction and care and stuck to Dr. Chilkov like glue while continuing with weekly acupuncture treatments. Once I started to regain some strength, I finished my last two weeks of radiation therapy, but did not proceed with any additional chemotherapy. I continued to see Dr. Chilkov with the intent of healing my body and preparing for surgery to remove the over 3 cm tumor from my rectal wall.

In late June we scheduled a PET CT and HD MRI. Both showed an exceptional response to treatment, but my surgeon still wanted to do surgery.

At this point I was very confused, I no longer felt the symptoms of the tumor and all tests had shown that I was in a much better place. After extensively fighting with my surgeon, I finally got him to agree to take a look inside through a sigmoid-flex instead of going straight to surgery.

On July 3rd, 2017, I had the signmoid-flex procedure done to get a true visual and biopsy the area prior to surgery. To my pleasant surprise upon wakening, my Gastroenterologist stated there was no longer evidence of a tumor and the biopsied area was all clear of cancer!!!

Amazed by this result we didn’t slow down and kept the pedal to the floor with my treatment plan.

Fast forward another 5 months to December 2, 2017, the one year date from my original colonoscopy. We scheduled the colonoscopy and post procedure the Gastroenterologist’s response was:

“Your colon is in pristine condition. I don’t know what you did, but keep it up, no need for surgery at this point.”

I know I still have a long road ahead of me and will keep fighting alongside Dr. Chilkov to prevent a reoccurrence. I firmly believe that Dr. Chilkov not only saved my life, but helped me preserve my body from unnecessary mutilation. She’s undoubtedly my guardian angel and an indispensable asset to the cancer fighting world, I am forever indebted to her.

I’d like to conclude my story by stating that it is a rarity for me to to give kudos or a review for that matter, but Dr. Chilkov is absolutely outstanding and amazing at what she does and a gift to anyone under her care.