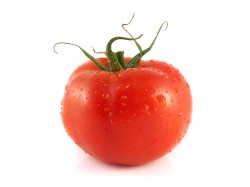 One Path to Health and Longevity: Stop Cancer and Heart Disease

A study of more than 100,000 men and women over 14 years finds nonsmokers who followed recommendations for cancer prevention had a lower risk of death from cancer, cardiovascular disease, and all-causes.

The study appears early online in Cancer Biomarkers, Epidemiology, and Prevention, and was led by American Cancer Society epidemiologists. Few studies have evaluated the combined impact of following recommended lifestyle behaviors on cancer, cardiovascular disease, and all-cause mortality, and most of those included tobacco avoidance as one of the recommendations. Because eight in ten Americans are never or former smokers, researchers wanted to more clearly understand the impact of other recommended behaviors.

For their study, researchers led by Marji McCullough at the American Cancer Society used diet and lifestyle questionnaires filled out in 1992 and 1993 by 111,966 non-smoking men and women in the Cancer Prevention Study (CPS)-II Nutrition Cohort. The participants were scored on a range from 0 to 8 points to reflect adherence to the American Cancer Society (ACS) cancer prevention guidelines regarding body mass index, physical activity, diet, and alcohol consumption, with 8 points representing adherence to all of the recommendations simultaneously.

After 14 years, men and women with high compliance scores (7, 8) had a 42% lower risk of death compared to those with low scores (0-2). Risk of cardiovascular disease death were 48% lower among men and 58% lower among women, while the risk of cancer death was 30% lower in men and 24% lower in women. Similar associations, albeit not all statistically significant, were observed for never and former smokers.

The researchers conclude that adhering to cancer prevention guidelines for obesity, diet, physical activity, and alcohol consumption is associated with lower risk of death from cancer, cardiovascular disease, and all-causes in non-smokers. They say beyond tobacco avoidance, following other cancer prevention guidelines may substantially lower risk of premature mortality in older adults.

You May Also Like:
Controlling Inflammation: Five Natural Ways to Put Out the Fire
Cancer Fighting Foods
Ten Toxins You Can Remove From Your Home Now