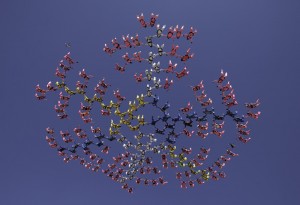 I recently attended a private screening of Pink Skies: a film about women, breast cancer and courage. Explored are the challenges and the questions breast cancer patients and clinicians face everyday, including both conventional and alternative cancer care.

Pink Skies: 181 Women – 1 World Record – 1 Big Cause
Pink Skies is an inspirational documentary about the empowerment of women. It’s about overcoming obstacles as athletes and as human beings. The film covers an extraordinary event, “Jump For the Cause.”

JFTC brought together 181 women from 31 countries. They jumped out of nine planes to create a World Record all Women’s Skydiving Formation! They also raised nearly $1 million dollars for breast cancer research! Along with phenomenal skydives, the film features breast cancer survivors, cutting edge researchers, doctors and healers. It reveals breakthroughs that have not been widely publicized, explores what’s working, what needs to be changed and the seismic shift towards prevention.

Here is what people have to say about the film:
“You have done an amazing job of bridging skydiving, cancer and women’s empowerment.”
“I have been associated with breast cancer survivors for 20 years and still learned more information from this than I expected.”
“I thought the skydiving was beautiful. The formations looked like art. It was fascinating to watch all of women working together without drama”
“I became so engrossed almost immediately and didn’t want it to end.”
“I thought that this documentary is the most informative piece that I have seen regarding breast cancer.”
“ It was tremendously inspirational and fascinating. The fact that it dealt with nutrition, spiritual, exercise, chemical and environmental issues was very thought provoking. It put a face (or faces) on breast cancer. It didn’t matter where one came from or what walk of life they pursued. I like the fact that it showed different options for diagnosis and treatment and a great deal of hope.”
“I found it fascinating and compelling and didn’t even take a loo break!”
“I think you have done a lovely job touching on the real truth and putting faces/ meaning to this cause. I am sure you have heard this before, but I really am impressed.”
“After watching the film, I came out a different person, it definitely gave me pause for thought.”
“There were no “victims” here, no moaning and groaning.”
“I cannot stop thinking about the film. It was so well done, up to par with the best documentaries I’ve seen, and I really enjoyed it.”
“It was an amazing movie, well-done, beautifully shot, etc. I LOVE the music. Your movie is making people think, and that will lead to action and change. I am proud of you and proud to be a part of the bigger picture.” – Flori Hendron, Breast cancer survivor and participant in Pink Skies.
“I think the film was beautiful, inspiring and thought provoking. Thanks for bringing it to our community.” – Randy Schwab, Executive Director Temple Isaiah

The film was produced and directed by Gulcin Gilbert

Gulcin is both a filmmaker and a multiple world record skydiver with over 3200 skydives, Gulcin leads this team of highly experienced professionals in the making of the documentary. She has an undergraduate degree in film-making from UCLA and many years in the entertainment business in various capacities, mostly working on films involving skydiving and on music videos. She is also a pilot for a major airline.

Look for the release of this film Pink Skies in 2011.