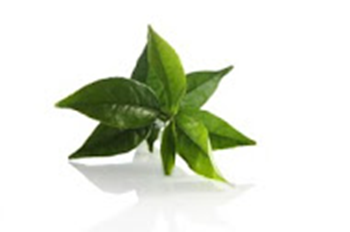 The most serious and deadly form of skin cancer is malignant melanoma. It is the leading cause of death from skin cancer because it is aggressive and fast growing and readily spreads (metastasizes) to other parts of the body, often quickly. The search for approaches to reduce the risk and incidence of melanoma and to slow its rapid growth and spread have included studies on the benefits of Green Tea. There is evidence that Green Tea may be of value in promoting normal, rather than high levels of inflammation and may also inhibit the migration (metastasis)  of melanoma cells throughout the body.

Unlike the more common forms of skin cancer (basal cell carcinoma and squamous cell carcinoma) which are directly linked to skin damage due to sun exposure, melanoma patients often have no history of sun damaged skin.   Green Tea has also been studied to examine whether it can reduce the oxidative stress (damage to our DNA and our tissue by free radicals) associated skin damaged by sun exposure.

Green Tea is one of the most widely studied plants. The polyphenols in Green Tea have demonstrated protective effects against free radicals, cardiovascular damage, some cancers, infections as well as toxins.  Some studies show that Green Tea effects fat metabolism as well. In human studies Green Tea consumption increased antioxidant (protective) capacity against free radical damage. (Free radical damage to our cells is similar to the way rust will pit and damage metal.)

EGCG also directly protects our DNA by functioning as a histone deacetylase  enzyme inhibitor. Histones are like body guards for our DNA. We want those histones in place. By inhibiting this  enzyme, those histones can do their job and our DNA remains shielded.  Damage to DNA(our genetic material in the nucleus of each cell) is the initiating step in the development of cancer cells.  Anything that protects DNA from damage is of value in long term health.

Green Tea, like many botanicals, a multi-tasker.  Like many phytochemicals, molecules from plants and from nature, Green Tea has many protective functions, unlike drugs which often just have one function only.  Plants generally gift us with a multiplicity of actions.  This is also why a plant based diet and the liberal use of culinary herbs and spices is so important.

Both animal and human studies have shown that Green Tea offers protection for skin cancer.  Topical Green Tea (applied directly to the skin) quenches free radicals (an antioxidant function).  Less damage by free radicals means less skin inflammation associated with free radical damage (for example a sun burn). Antioxidants in general are protective to the skin which is exposed to so many pro-oxidant free radicals, sun, toxic inflammatory chemicals.

To benefit from the many protective effects of Green Tea, consider drinking several cups  daily or taking oral supplements of EGCG, the most widely study and active plant chemical in this remarkable healing plant.