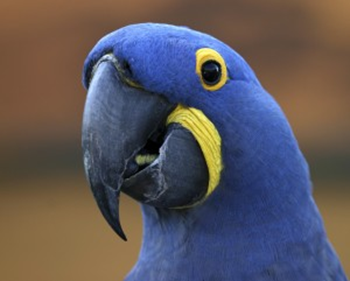 Have you been injured more than once due to an unspecified encounter with a chicken, been bitten by an orca whale a second time or been injured at the opera? In 2014 not only has ObamaCare limped awkwardly forward, but the health insurance industry is rolling out a new system of diagnostic codes called ICD-10 (yes, there is an ICD-9 in place now). All health care providers are required shift over to this new burdensome coding system because it is said to be so much more precise, allowing doctors to tell insurance companies EXACTLY why they are seeing you. Here are some of the new codes in the NEW IMPROVED system. (Stabbed While Crocheting, Bitten by A Sea Lion, Unspecified Encounter with a Chicken, Injured in the swimming pool of a prison, burns due to water skis on fire, injured in the crash landing of a spacecraft) Let me know what you think…Laughing out loud and rolling your eyes yet?! If you want more laughs, read on!

Unspecified misadventure to patients during surgical and medical care (a misadventure during surgery???), Stabbed while crocheting, Burn due to water-skis on fire (Evel Knievel Lives!), Hurt at the opera, Spacecraft crash injuring occupant again, Injured in swimming pool of prison  (prisons have swimming pools?), Walked into a lamppost: first time, Walked into a lamppost again, Submersion due to falling or jumping from crushed water skis, Bitten by orca, first time, Accidental striking against or bumped into by another person again, Injured in an art gallery, Injured in bathroom of  mobile home, Dependence on other enabling machines and devices  (addiction to  your iphone or android),  Toxic effect of  intentional self-harm  due to contact with sea anemone (willingly injuring yourself with a sea creature), Bitten by a turtle again, Bitten by sea lion again,  Struck by macaw first time  (watch out)!!,  Hit or struck by falling object due to accident to canoe or kayak ,  Melting of pajamas in a fire again,  Civilian watercraft involved in water transport accident with military watercraft ,Injury due to jumping from a burning building again, Hurt at the library, Pecked by chicken again, Other contact with chicken, first time, Bitten by pig, first time, Unspecified event, undetermined intent (that clarifies the issue!),  Injured in an art gallery (at least there are not two codes one for a contemporary art gallery and one for an Asian art gallery), Bizarre Personal Appearance  ( this is really a medical diagnosis!  says who?), Struck by turtle first time, Struck by turtle, again, Struck by turkey first time, Struck by field hockey puck first time, Injury due to bicycle tire explosion again, Injury due to a homicide attempt with a fertilizer bomb again,  Injury due to an assault with letter bomb first time. And that’s not all!

Yes, doctors will spend their time figuring  out  the right code so an insurance claim can be filed instead of taking care of you. Now the typical 6-10 minute office visit is going to be spent looking for the right code instead of listening to and examining you, the patient. No wonder the best doctors are leaving medicine and the quality of care is declining. Doctors who love their relationships with patients are being robbed of the opportunity to spend time WITH patients PRACTICING MEDICINE and rendering CARE.  Patients and doctors get the short end of the stick.  Doctors are becoming like clerks and employees and patients like objects.  High touch, personalized medicine is disappearing.  Not only is this a tragedy. It is dangerous and life threatening.