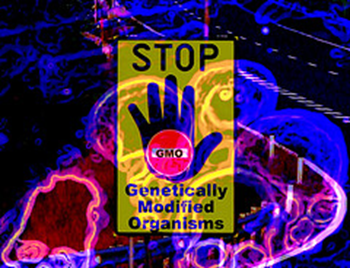 Genetically Modified Foods (GMO) have changed our world forever. Increased rates of cancers, food allergies, asthma, diabetes, autoimmune diseases and birth defects are linked to GMO Foods. One of the most powerful ways to avoid GMO foods is to eat organic and avoid all processed and packaged foods which typically contain GMO food ingredients such as corn, high fructose corn syrup and sugar and often soy products such as soy lecithin. Read labels. Look for NON GMO on the label. Demand that your local stores carry Non GMO Products. The Non GMO Project has both a downloadable shopping guide as well as a smartphone app that you can take to the grocery store with you  Here is a list of the 10 most common GMO crops and a short trailer to the outstanding film

Additional Foods that May be Contaminated

Also beware of rice, wheat and flax products as well as many of the cabbage family vegetables (kale, rutabagas, bok choy, mizuna, chinese cabbage, turnips, rapini), squashes such as acorn, delicata and patty pan, chard and beets which are easily contaminated and altered by cross pollination with GMO crops.

Make sure your Vitamin C comes from a corn free source.  Avoid food with “hydrolyzed vegetable protein” often made from GMO corn and soy.

Watch this 17 minute trailer of the movie “Genetic Roulette” You will never be the same. You will go home, throw away half your food and fill your pantry with SAFE non GMO organic foods!