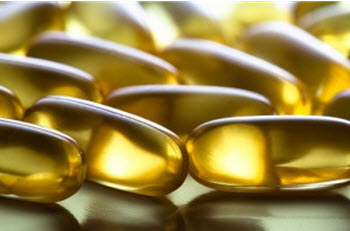 This summary article from Vital Choice.com discusses a recent study showing that increased intake of Omega 3 Fatty Acids (EPA and DHA) from Fish Oils may have a positive impact on the Omega-3s vs. Breast Cancer. Novel mouse study adds evidence that fish fats may help deter a dreaded disease. By Craig Weatherby

Breast cancer remains the most common form of cancer in women worldwide. After lung cancer, it’s the second most common cause of female cancer deaths. Diet appears to affect cancer risk, with estimates suggesting that one-third of cases may be preventable through diet and lifestyle modification. And growing evidence suggests that early exposure to omega-3 fatty acids from fish (DHA and EPA) may curb breast cancer risks (MacLennan M et al. 2010). But epidemiological and lab studies can’t prove that omega-3s help prevent breast cancer, and the results of the small number of human clinical studies have been inconsistent. Now, a genetic study in mice suggests that a lifelong diet rich in omega-3 fatty acids can inhibit growth of breast tumors by 30 percent. The authors said that their novel experiment is “the first to provide unequivocal evidence that omega-3s reduce cancer risk”. (UG 2013) (A note of caution is in order. Although the study is encouraging, growing evidence indicates that outcomes in mice and humans do not always match.)

According to co-author David Ma from Canada’s University of Guelph, “We show that lifelong exposure to omega-3s has a beneficial role [in mice] … what’s important is that we have proven that omega-3s are the driving force and not something else.” (UG 2013) As Dr. Ma noted, “There are inherent challenges in controlling and measuring diet in [clinical] studies … so we’ve used modern genetic tools to address a classic nutritional question.” (UG 2013)

Genetic study in mice strengthens the case for omega-3s The study team included scientists from Dalhousie University, McGill University, and The U.S.-Canadian team created a novel transgenic mouse that develops aggressive mammary tumors … and produces omega-3 fatty acids. They compared those animals to mice genetically engineered only to develop the same mammary tumors. Mice producing omega-3s developed only two-thirds as many tumors … and the tumors were also 30 percent smaller compared to those in the control mice.

“The difference can be solely attributed to the presence of omega-3s in the transgenic mice – that’s significant,” Ma said (UG 2013).

We would agree, but also repeat our caution that rodent studies can only provide indications, not proof.

You may also like:
32 Steps You Can Take to Control Cancer
Walnuts: The New Breast Cancer Fighting Food
Breast Cancer: Lower Risk with High Fiber Diet