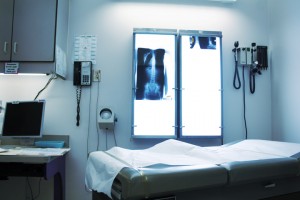 Over 30 years ago, cancer got really personal for me.

Both of my parents were diagnosed. No one else in our family ever had cancer. This got my attention.

I questioned whether we had all been exposed to cancer-causing chemicals in the environment, in our food, our water or air? Or if I was somehow genetically flawed and vulnerable because BOTH of my parents have each suffered more than one episode of cancer?

That is where I began my search for real health; for a way to protect my DNA from damage and turn off cancer-causing genes while turning on cancer suppressor genes.

I learned that genetics is not fate; that our genes are more like software. We can open the program or keep it closed. Genes represent potential, but they can be turned on and off. My early training in cell biology taught me that the molecules of nature are powerful. That led me to study natural medicine, nutrition and herbal medicine.

That is not the direction modern oncology has gone.

To learn more about that misdirected saga you might want to watch the Emperor of All Maladies. It will convince you that there has to be a HEALTH model, and not just a disease model for cancer.

And that is my mission: to provide roadmaps for creating a body in which cancer cannot thrive! Naturally!

I have been taking herbs and supplements and eating natural foods for 40 years. I don’t have any of the diseases that run in my family. I have kept that software closed and those genes turned off. You can too!

Cancer: The Emperor of All Maladies is a three-part, six-hour major television event from preeminent documentary filmmaker Ken Burns. The series premieres March 30 and April 1 on PBS.

ABOUT THE FILM SERIES:

This “biography” of cancer – from its first documented appearances thousands of years ago through the epic “War on Cancer” in the last century – comes at a moment of inflection in the history of the disease, when scientific breakthroughs have put a cure within reach.

The series matches the epic scale of the disease, reshaping the way the public sees cancer and stripping away some of the fear and misunderstanding that has long surrounded it. The story of cancer is a story of scientific hubris, paternalism, and misperception, but it is also a story of human ingenuity, resilience, and perseverance.

Cancer: The Emperor of All Maladies (based on the book) examines cancer with a cellular biologist’s precision, a historian’s perspective and a biographer’s passion. The series artfully weaves three different films in one: a riveting historical documentary; an engrossing and intimate vérité film; and a scientific and investigative report. 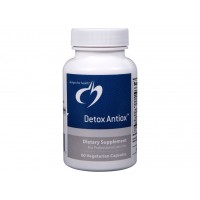 Cancer starts when our genetic material, our DNA, gets damaged and does not repair. We can protect our DNA from damage by increasing our intake of plant antioxidants in colorful fruits, vegetables, herbs and spices (think kale, spinach, tomatoes, carrots, berries, pomegranates, carrots, winter squash) and also supplemental antioxidants.

One of the most potent cell protectors is N Acetyl Cysteine. This is a naturally occurring molecule that promotes detoxification and also is the building block to glutathione, the most powerful antioxidant and cell protectant in your body.

If you want to promote natural detoxification and boost glutathione and protection for your cells and your genes, consider adding one of my favorite formulas to your daily routine. DETOX ANTIOX contains N-Acetyl Cysteine combined with super antioxidant herbs including cancer-fighting EGCG from green tea, Vitamins C and E, and more to enhance detoxification and promote 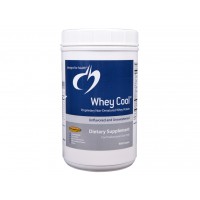 Another way to increase antioxidant protection and glutathione production for your cells is to add Whey Powder to your diet. Unflavored Whey Powder can be added to soups, sauces or shakes.

Whey Powder also comes in chocolate and vanilla for truly yummy shakes. Whey is one of the best sources of protein as well. If you want to see the recipe for my morning shake made with Whey Powder click here!