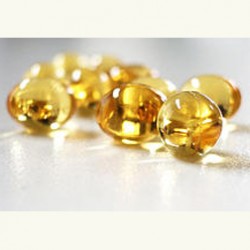 Let’s try to make sense of this recently published study “Dietary Supplements and Mortality Rate in Older Women”: The study concludes that women who take vitamins die at an increased rate. It is important to examine any study very carefully. In this case there are inherent biases and flaws which leave the question open. The study does not prove anything. The study shows associations not cause and effect. Furthermore the study was not done without bias. Some of the most knowledgeable physicians who use nutritional medicine and the experts from the Center for Responsible Nutrition respond with education and clarification.

In another article by Caren Baginski for New Hope 360 the author includes the statements of experts and clarify what this study does and does not demonstrate. Any non-scientist can be led astray by sensational headlines and claims whether from the vitamin industry or from the pharmaceutical industry. Here is some sensible perspective from authorities in the field:

“What the researchers and editors seemed to miss is that older women (or men) have a greater risk of death simply because of their age, their greater likelihood of having serious diseases, and their use of multiple drugs, a common cause of illness (from side effects),” said Jack Challem, The Nutrition Reporter.

Jacob Teitelbaum, MD, a holistic physician and coauthor of Real Cause, Real Cure (Rodale, 2011), said the researchers ignored a key point of the study: the fact that women who took supplements before the study were healthier than those who did not.

“One could come to the same conclusion about exercise not being helpful using this same statistical approach,” he said. Take for example a study with two control groups: those who exercise and those who do not, but both of which are put on a new exercise program. At the beginning of the study, those who already are exercisers are healthier than those who are not. By cancelling this fact out, and negating the prior health of the exercisers, you can find that exercise is not beneficial, he said.

That’s what the researchers did in this supplements study, Teitelbaum said. “The people taking multivitamins at the beginning of the study were statistically doing a lot better—there was less high blood pressure, less diabetes [than the non-supplement users]. The researchers totally ignored that.”

Teitelbaum adds that the omission of these facts wasn’t the only flaw in the study: “The hypothesis wasn’t to state whether supplements will harm or help. It was to see if they would harm, which gives you an idea of what their study was about.”

In a statement, Steve Mister, president and CEO of CRN, pointed to another flaw: The publication invited a scientist whose opinion is already controversial toward supplements to comment on the study.

“In the spirit of true scientific discourse, wouldn’t it have been more appropriate to invite commentary from a researcher who might have looked at the data in its entirety, with sufficient lead time, and provided a different perspective?” Mister asked. “It’s time scientific journals acknowledge they have some biases, just like industry.”