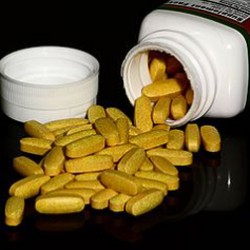 A flawed and biased controversial study was published yesterday claiming that women who take supplements have an increased death rate. The study does NOT show any cause and effect relationship. This is just bad science.

Here is what industry experts and scientists from the Center for Responsible Nutrition have to say about this study.

An article written by Carrie Baginski for NewHope360 clarifies the conclusions for non-scientists.

A new study published yesterday in the Archives of Internal Medicine titled “Dietary Supplements and Mortality Rate in Older Women” claims that dietary supplements overall are not helpful for increasing longevity in older women. The findings have natural health experts rallying to respond to what they say is a biased and scientifically skewed study on dietary supplements.

The study tracked the use of vitamin and mineral supplements in relation to total mortality in nearly 39,000 older women in Iowa from 1986 to 2008. Researchers found that dietary supplements, with the exception of calcium, do not reduce the death rate in older women. Calcium is by far the top-selling mineral supplement, accounting for 54 percent of the $2.2 billion in 2010 mineral supplements sales, according to Nutrition Business Journal.

The study’s conclusion went on to say that “in older women, several commonly used dietary vitamin and mineral supplements may be associated with increased total mortality risk [emphasis added].” The researchers associated use of multivitamins, vitamin B6, folic acid, iron, magnesium, zinc and copper with increased risk of total mortality when compared with groups that did not take supplements.

“It’s important to keep in mind that this is an associative—not a cause-and-effect—study,” said Duffy MacKay, vice president of scientific and regulatory affairs for Council for Responsible Nutrition (CRN), in a statement. “This study … attempts to tease out one piece of the healthy equation for good health—dietary supplements. CRN maintains that nutrients may be robbed of their beneficial effects when viewed as if they were pharmaceutical agents, with scientists looking to isolate those effects, good or bad.”