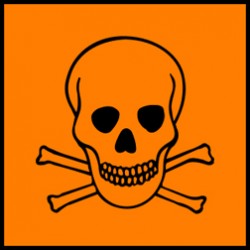 Here is a great post from EnviroBlog and Environmental Working Group

Medical experts will never cease searching for cures for the gravest illnesses that afflict people. But a growing consensus is forming in the medical and public health communities that preventing these disorders in the first place is a more urgent – and ultimately less costly – priority.

Though researchers have much to learn about the very earliest stages of a variety of diseases ranging from cancer to asthma, many experts believe that environmental pollutants are often a key trigger.

Doctors are speaking up for a stronger national chemicals policy
Earlier this week (April 25), the American Academy of Pediatrics called for an overhaul of the Toxic Substances Control Act of 1976 in order to protect developing children, pregnant women and other vulnerable people from toxic chemicals. The law, the academy said, has not kept pace with the “explosion of knowledge about special vulnerabilities and differential exposures that children and pregnant women have to environmental toxicants.”

The pediatricians’ statement follows the U.S. government’s latest Annual Report to the Nation on the Status of Cancer, made public last month, which found that rates of U.S. cancer deaths generally declined between 1998 and 2007, but rates of new diagnoses of childhood cancers increased. Cancer death rates among American children under 19 decreased, the report said, but that’s likely the result of better treatment, not prevention.

“…over the past three decades, increases in incidence of some childhood cancers, such as leukemia and brain tumors, may implicate prenatal exposures to environmental carcinogens.”
Cancers could be prevented He said epidemiologists believe that in developed countries like the United States, as much as 85 to 95 percent of many cancers would be prevented by eliminating environmental factors.

Environmental Working Group‘s research has documented more than 300 industrial chemicals in the umbilical cord blood of newborns. A number of these chemicals are suspected carcinogens or hormone system disruptors.
Christiani underscored the importance of last year’s report on environmental carcinogens by the President’s Cancer Panel, an advisory committee of doctors and scientists appointed by President George W. Bush. In a paper released in April 2010, the Cancer Panel called for more research on the environmental causes of disease.

Like the pediatricians, Christiani argued for “stronger environmental laws and regulations to require pre-marketing safety testing, reduce industry influence on regulation, and control the importation of toxic chemicals and products.”

Christiani made his case with hard evidence that:

Cause-and-effect relationships between many chemicals and disease aren’t easily established. But, Christiani argued, why delay until scientists come up with proof beyond reasonable doubt? He wrote:

“The current regulatory approach calls for safety testing [of chemicals in commerce] only when evidence of possible danger arises. Since most cancers are long-latency diseases, waiting for population-based evidence of a problem allows avoidable cancer epidemics to occur.”

Individuals and society pay an enormous toll, both human and financial, for chronic disease. We can always know more. Christiani said that roughly two-fifths of Americans are expected to develop some form of cancer in their lifetimes and one-fifth will likely die from it.

There’s no time like the present to accelerate the transformation of U.S. policy to an emphasis on prevention.

You May Also Like:
Cancer Causing Chemicals: Dangerous Exposures Everyday
Ten Toxins You Can Remove From Your Home Now
Cancer Causing Cosmetics: Poisons in Your Bathroom