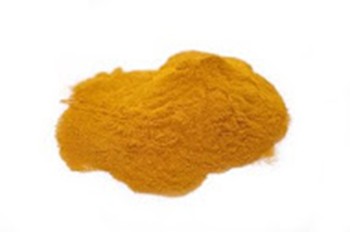 Here are 16 Herbs, Spices and Foods that Promote A Healthy Cervix

There is a long tradition throughout history on many continents of using herbal medicines for women’s health concerns, including changes in the cells of the vagina and cervix. Today modern science supports the wisdom of traditional medicine. Herbal medicines can be used both topically, inserted into the vagina and applied to the cervix as well as taken orally to support the health of women’s reproductive organs.

Always consult your health care provider for guidance before making any changes to your diet or using any herbal medicines. Cervical Cancer is a serious and life threatening condition and treatment decisions should be supervised by your health care professional.

Tumeric/Curcumin (Rz. Curcuma longa) Tumeric is a member of the ginger family and has been used in the herbal medicine traditions and foods of India, China, Korea and Japan for centuries.  Tumeric is found in many anti-cancer formulas in traditional Chinese and Ayurvedic Medicine. Curcumin, one of the active priniciples isolated from tumeric is one of the most widely studied phytochemicals in modern science with over 100 known physiologic effects.

In terms of cervical health, curcumin is particularly well known for its support of normal anti-oxidant function and its ability to support normal inflammation control and to enhance anti-tumor and anti-angiogenesis factors as well as normalizing cell cycling behavior and gene expression, turning off cancer promoter genes and turning on cancer suppressor genes.Curcumin has also been shown to enhance the effect of some chemotherapy drugs and protect against multi-drug resistance.

Studies have shown that increased intake of Green Tea is associated with lower risk of many cancers, including cervical cancer.  Green Tea appears to act by effecting methylation and histones (DNA protection), cell cycle arrest and cell death , liver detoxification pathways as well as NFKb, a key factor in inflammation.  200mg daily dose of EGCG has also demonstrated activity against the HPV virus.  Green Tea may also inhibit growth factors such as VEGF, inhibit  angiogenesis, multi-drug resistance and enhance the effects of some chemotherapy agents leading to better treatment outcomes.

Astragalus Root (Huang Qi, Rdx. Astragalus membranaceus)  Astragalus Root is one of the most commonly used herbs in Traditional Chinese Medicine. It is not only made into medicinal teas but it is also added to soups to make food medicine!! Astragalus root enhances immune function and increases Natural Killer Cells. NK cells are part of the immune system and attack virus and cancer cells.

Activating NK cells is a powerful way to promote immune function. Astragalus acts through the same pathways that are the target of many chemotherapy drugs including PARP inhibition and inhibition of the PI3K-Akt pathway so common in many women’s cancers.

Resveratrol, Grape Skin, Grape Seed: Resveratrol is in the family of plant stilbenes which have effects on cell cycle,  growth factors, cancer cell proliferation and several genes associated with aging and the development of cancer.   Grapes skin and grape seeds are rich in plant polyphenols and flavonoids which support normal anti-oxidant, cell functions as well as effects upon gene protection and repar and inflammation function, all important to inhibition of cancer physiology. The saponins in Astragalus root have been shown to have anticarcinogenic and anti-apoptotic effects that promote death of cancer cells.

Ginger Root (Rz. Zingiber officinale) Ginger Root widely used in herbal medicine traditions worldwide. It is particularly significant for cancers which show high levels of inflammation, a characteristic of cervical cancer. Cervical cancer cells express high levels of inflammatory molecules such as NFkB.  Ginger has broad effects on inflammatory control, including the particular ability to reduce the presence of NFkB, one of the most important pathways to control in cancer cells.  Ginger root is also active in lowering inflammatory cytokine molecules IL-6 and IL-8 which may be markers of cancer activity. Ginger root can be used in medicinal anti-cancer formulas, as a daily beverage or medicinal tea and also added to food as part of an anti-cancer diet.

Ursolic Acid Rich Herbs and Foods; Ursolic Acid is a component of many herbs, foods and spices. Ursolic rich herbs are often found in many traditional Chinese Herbal Anti-Cancer and Anti-Tumor Formulas. Ursolic Acid supports normal anti-inflammatory function and also inhibits the production of pro-angiogenic factors which may promote the spread and proliferation of tumor cells.

Holy Basil (H. Ociumum gratissimum) is an herb that has been in use for centuries in the Indian tradition of Ayurvedic Medicine. Holy Basil is one of many herbs rich in Ursolic Acid. Other readily available sources of Ursolic Acid include Rosemary, Sage, Oregano, Thyme, Lavender, Pomegranates, Apple Peels, Cranberry Juice. These herbs and spices can be included on a regular basis as part of a cancer fighting diet.

There are many treatments and approaches for cervical dysplasia (abnormal cells) and inflammation and cervical cancer in both natural and conventional medicine. Consult with your health care provider to determine the best course for you.