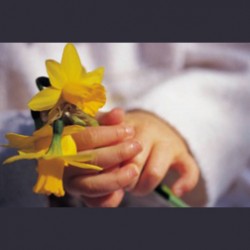 Here is an excerpt from a wonderful series of articles on navigating the cancer journey with more support, resources and perspective. Dr. Joseph Nowinski, PhD, cancer psychologist, talks about using complementary therapies (I prefer the term Integrative Therapies myself) to help deal with the stress, depression and loss associated with cancer treatment and cancer diagnosis.

Complementary Cancer Treatments: Which Is For You?Posted: 05/30/11 on Huffington Post

This series looks at a variety of complementary therapies that are often used by cancer patients. They include: Acupuncture, Reiki, Therapeutic Massage, Meditation, Tai Chi and Yoga.

Although the effectiveness of these treatments on physical symptoms such as nausea and pain vary, all of them appear to have one thing in common: They have the potential to reduce chronic stress in many of the people who use them. Which raises the question:Is stress related to cancer, and if so, how?

According to a study conducted at Stanford University School of Medicine, women with breast cancer who are also clinically depressed are at higher risk for a recurrence of cancer than are women who have only the cancer but not the depression. The reason could possibly have to do with the way depression affects the immune system. This was a study of women with metastatic breast cancer — cancer that has spread from the breast to other organs. There is little doubt that these women were under chronic stress, even if they were able to continue functioning in their daily lives. It was found that the more symptoms of depression these women had, the less their immune systems were able to respond to a variety of bacteria, fungi and yeasts.

Janice Kiecolt-Glaser, Ph.D., a psychologist and researcher at Ohio State University, has also studied the relationship between chronic stress, depression and the immune system. She looked at a sample of 47 men and women who were all caregivers to patients with Alzheimer’s and found that all were experiencing moderate levels of depression — not serious enough to prevent them from functioning, but enough to affect their mood and their sleep. Again, you could reasonably argue that these people were experiencing chronic, not acute stress. When this group was given a standard flu shot (which triggers an immune response) their bodies over-reacted, producing much higher than normal amounts of the chemical interleukin-6, which can cause inflammation in various organs. Such chronic inflammation is associated with cardiovascular disease, diabetes and other disorders. In effect, these persons’ immune systems were overworking, to their detriment. It makes sense that a chemical that can contribute to something like cardiovascular disease or diabetes can also complicate cancer and its treatment.

Readers who have been following this series may have noticed one other finding that stuck out for me: Complementary treatments reduce stress more effectively when they are followed consistently over a long period of time. As an example, women who had been practicing yoga consistently for at least two years had significantly lower heart rates and better overall mental health than a group who had been practicing yoga for only a short time. Similarly, the beneficial effects of massage on stress levels soon dissipate if massage was discontinued.

Which Complementary Treatment To Choose?

Studies such as the above raise another important question: If the kinds of complementary therapies we have been looking at in this series all have the power to reduce chronic stress and depression, could they not — in combination with medical treatment — potentially improve the prognosis and extend the lives of cancer patients?

In turn, the fact that what complementary treatments seem to have in common is the ability to reduce chronic stress leads to an interesting hypothesis:

Which complementary treatment a patient chooses may be somewhat less important than the fact that they choose one or more and follow through. In other words: Find something you like and stick with it.

Consider the way one woman who has been living with Stage 4 cancer for many years wrote about her use of meditation:

“I am a huge fan of meditation and would be a mess without my practice. It has centered me and brought to my awareness when I am the cause of my own suffering, and then I need to let it go as a cloud just passing by. Pain is a part of life … but suffering is optional. Frequently in the world of cancer treatment, prescriptions for tranquilizers or antidepressants are given out. While at times this is a valid and needed approach, there are many people who don’t know what to do with their fear and anxiety, and rather than dealing with it through something like meditation, they pop a pill for a quick fix.”

This woman wrote to me that she had also made use of massage and acupuncture as part of her holistic approach to dealing with her cancer, and that these had been useful at different times, but that her overall health (weakened bones, lymphedema, etc.) had led her to turn to meditation. In each case, however, this woman followed through with the complementary treatment, as opposed to merely dabbling in it.