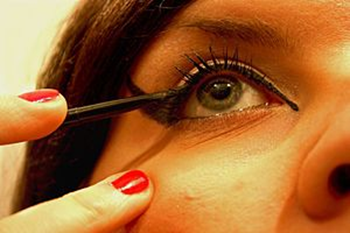 Good News Story! How a small dedicated group of women caused Walmart, Proctor and Gamble, Johnson and Johnson and Target to rethink the safety of their cosmetics and body care products that contain toxic chemicals linked to many cancers.

Soon California will launch the Safe Cosmetics Guidelines database, a first step in regulating what we put on our bodies. This reminds me that individuals can still go up against corporations and change policy!!!

Reminds me of the saying “Think you are too small to make a difference? Try spending the night in bed with a mosquito!” Read on!

Milestones of the Safe Cosmetics Movement

Since the movement for toxin-free beauty products took root about a decade ago, California has been out in front on rule-making to restrict the use of chemicals and demand clearer labeling on products that use potentially hazardous ingredients. The linchpin in California’s regulatory policy for cosmetics is the Safe Cosmetics Program database, which will be completed by the end of the year and is a robust effort to give the public access to information on everyday beauty products.

State officials describe the database as a “Google (GOOG)-like” search engine for cosmetics that shows the toxic and potentially hazardous ingredients used in products sold in California.

“Our hope is that the market pressure that comes out of that … encourages manufacturers to reformulate,” said Nerissa Wu, who leads the program for the state.

Here are other important milestones in the safe cosmetics movement: