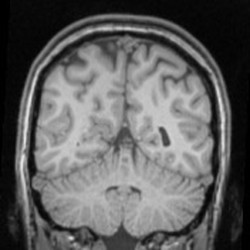 Possible’ Brain Cancer Risk from Cell Phone Use according to recent study at World Health Organization A scientific report released Tuesday by the World Health Organization concludes radio frequencies and electromagnetic fields – including those routinely emitted by mobile phones – are “possibly” carcinogenic to humans.
The World Health Organization and its subsidiary investigative panel, the International Agency for Research on Cancer, or IARC, stated today what many scientific studies have been suggesting for decades: that there is a possible connection between mobile phone use and malignant brain tumors.  Dr. Jonathan Samet, who heads IARC’s Working Group of 31 international scientists from 14 countries, made the announcement at the conclusion of the group’s week-long meeting in Lyon, France.

“The working group classifies the radio and electromagnetic fields as possibly carcinogenic to humans; that is within the classification used by the International Agency for Research on Cancer,” he said.

The group advised that, because five billion people around the world currently use mobile phones, therefore, much further research in the subject is needed. The report places at most risk those with the greatest use of cell phones and exposure to other sources of radiation. ”We also carefully consider the sources of exposure of populations to radio frequency electromagnetic fields, the nature of these fields as they come from various devises, including wireless phones, and we look carefully at the physical phenomenon by which exposure to such fields may perturb biological systems and lead to cancers,” he said.

The IARC working group had gathered in France for the past eight days, reviewing all previous studies done on electromagnetic radiation’s effects on humans and animals over the past decade.

Health advocacy groups that have been warning of possible cell phone-cancer links are praising the WHO pronouncement.

Camilla Rees, the founder of a U.S. based group called Electromagnetic Health, says she is pleased but said much more needs to be done. ”They focused on brain cancer, and brain cancer includes a relatively small number of people.  But we only have had this technology for about 15 years and most carcinogens will take several decades before they develop into a cancer.  Early indicators from scientists are projecting a tsunami of brain cancer unless we do something to educate people to lower their exposure,” she said.

Rees says there are many other health effects of radiation, including damage to human cell tissue, that the World Health Organization has yet to recognize. But for now, she believes the most urgent need is to begin a campaign to protect children from the effects of electromagnetic fields, and in  particular, from cell phones.

“What microwave radiation does in most simplistic terms is similar to what happens to food in microwaves, essentially cooking the brain,” said Dr. Keith Black, chairman of neurology  and world class brain surgeon at Cedars-Sinai Medical Center in Los Angeles. “So in addition to leading to a development of cancer and tumors, there could be a whole host of other effects like cognitive memory function, since the memory temporal lobes are where we hold our cell phones.” Dr Black recommends using ear buds or texting to keep the cell phone away from the head.

While wireless carriers instruct users to keep cell phones a certain distance from their heads, such as Apple’s iPhone 4 safety manual that says to keep the device at least 15 millimeters from the body, CTIA – The Wireless Association noted that WHO’s announcement does not mean that cell phones cause cancer. In addition, the association denounced WHO’s results since it “did not conduct any new research, but rather reviewed published studies.”

You may also like:
Childhood Cancers are Increasing|Are Envioronmental Toxins the Cause?
Ten Toxins You Can Remove From Your Home Now
Also see Environmental Working Group