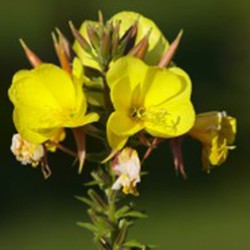 Here is an article published in Science Daily in March 2011 revealing yet another cancer fighting anti-tumor medicinal plant from Chinese Herbal Medicine.

Chinese Herbal medicine is a rich source both of modern research and clinical applications. In Modern China a true Integrative Cancer Care model already exists in which both modern science and ancient wisdom are combined and a team of experts that includes oncologists, acupuncturists and herbalists co-create a treatment approach that includes both cancer fighting as well as health promoting strategies. Here is an article about recent research on Thunder God Vine, Lei Gong Teng, Tripterygium wilfordii.  This plant has been used for its anti-inflammatory properties to also treat auto immune syndromes such as rheumatoid arthritis. It is now being investigated for its anti-tumor properties as well.

Researchers at the Johns Hopkins School of Medicine have discovered that a natural product isolated from a traditional Chinese medicinal plant commonly known as thunder god vine, or lei gong teng, and used for hundreds of years to treat many conditions including rheumatoid arthritis works by blocking gene control machinery in the cell. The report, published as a cover story of the March issue of Nature Chemical Biology, suggests that the natural product could be a starting point for developing new anticancer drugs.

“Extracts of this medicinal plant have been used to treat a whole host of conditions and have been highly lauded for anti-inflammatory, immunosuppressive, contraceptive and antitumor activities,” says Jun O. Liu, Ph.D., a professor of pharmacology and molecular sciences at Johns Hopkins. “We’ve known about the active compound, triptolide, and that it stops cell growth, since 1972, but only now have we figured out what it does.”
Triptolide, the active ingredient purified from the plant Tripterygium wilfordii Hook F, has been shown in animal models to be effective against cancer, arthritis and skin graft rejection. In fact, says Liu, triptolide has been shown to block the growth of all 60 U.S. National Cancer Institute cell lines at very low doses, and even causes some of those cell lines to die. Other experiments have suggested that triptolide interferes with proteins known to activate genes, which gives Liu and colleagues an entry point into their research.

The team systematically tested triptolide’s effect on different proteins involved with gene control by looking at how much new DNA, RNA and protein is made in cells. They treated HeLa cells with triptolide for one hour, compared treated to untreated cells and found that triptolide took much longer to have an effect on the levels of newly made proteins and DNA, yet almost immediately blocked manufacture of new RNA. The researchers then looked more closely at the three groups of enzymes that make RNA and found that low doses of triptolide blocked only one, RNAPII. But the RNAPII enzyme complex actually requires the assistance of several smaller clusters of proteins, according to Liu, which required more investigative narrowing down. Using a small gene fragment in a test tube, the researchers mixed in RNAPII components and in some tubes included triptolide and some not to see which combinations resulted in manufacture of new RNA. Every combination of proteins that included a cluster called TFIIH stopped working in the presence of triptolide.
But again, TFIIH is made of 10 individual proteins, many of which, according to Liu, have distinct and testable activities. Using information already known about these proteins and testing the rest to see if triptolide would alter their behaviors, the research team finally found that triptolide directly binds to and blocks the enzymatic activity of one of the 10, the XPB protein.

“We were fairly certain it was XPB because other researchers had found triptolide to bind to an unknown protein of the same size, but they weren’t able to identify it,” says Liu. “To convince themselves that the interaction between triplotide and XPB is what stops cells from growing, the researchers made 12 chemicals related to triplotide with a wide range of activity and treated HeLa cells with each of the 12 chemicals at several different doses. By both counting cells and testing XPB activity levels, the team found that the two correlate; chemicals that were better at decreasing XPB activity were also better at stopping cell growth and vice versa.

“Triptolide’s general ability to stop RNAPII activity explains its anti-inflammatory and anticancer effects,” says Liu. “And its behavior has important additional implications for circumventing the resistance that some cancer cells develop to certain anticancer drugs. We’re eager to study it further to see what it can do for future cancer therapy.”
This research was supported in part by discretionary funds from the Johns Hopkins Department of Pharmacology and the Sidney Kimmel Comprehensive Cancer Center at Johns Hopkins.
Authors on the paper include Denis Titov, Qing-Li He, Shridhar Bhat, Woon-Kai Low, Yongjun Dang, Michael Smeaton and Jun O. Liu of Johns Hopkins; Benjamin Gilman, Jennifer Kugel and James Goodrich of the University of Colorado, Boulder; and Arnold Demain of Drew University, Madison, N.J.

You may also like:
Can Tumeric Reduce the Spread of Breast Cancer?
Acupuncture Relieves Pain Caused by Breast Cancer Treatment